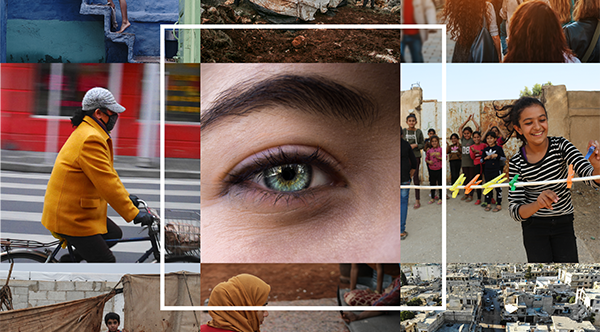 Disaster risk governance has been a constant refrain in my public statements for some months now and I informed the High-Level Panel on Sustainable Development in July that it would be the theme of this year’s International Day for Disaster Risk Reduction on October 13.

It is understandable that disaster management agencies often focus on individual hazards, particularly those which have caused most of the damage based on historical records. However, COVID-19 tells us that this approach must change. It is important that we manage disaster risk with a multi-hazard approach, and with a clear understanding of the systemic nature of risk.

That was a thought I shared at the first meeting of the UNDRR Support Group this year under the new Chair, His Excellency Ambassador Emilio Izquierdo of Ecuador, when we met in early September just days after we issued a press release confirming the theme for this year’s #DRRday.

October 13 is an important opportunity for UN member States, the UN family and other stakeholders to celebrate their efforts to implement the Sendai Framework for Disaster Risk Reduction. This year we are saying that “It really is all about governance” as we recognize that the greatest single driver of disaster risk is weak governance and lack of political commitment to invest in reducing disaster risk.

The reality is that if the benefits of investing in disaster risk reduction were fully realized, we would not be facing a global economic crisis. The world would have responded to the science and the warnings of a pending pandemic with greater international cooperation and the impact of COVID-19 would have been reduced.

This year’s #DRR day is especially significant as the five-year-old Sendai Seven Campaign seeks to raise the profile of the importance of Target (e) which seeks a substantial increase in the number of countries with national and local disaster risk reduction strategies by the end of this year.

This translates into ensuring that we recognise how important it is that we act on a key priority for action of the Sendai Framework “strengthening disaster risk governance to manage disaster risk” as the UN and Member States embark on a Decade of Action intended to see significant progress on achieving the SDGs.

I urge all concerned to make the most of the day to organize events while respecting WHO COVID-19 guidelines and to consult the concept note now available on our website.

COVID-19 continues to grab most of the news headlines understandably. However, recent extreme weather events are a strong reminder that the climate emergency is ever present in a world that is currently on course for 3.2°C rise in temperature with little sign yet of a major commitment to deliver on net zero emissions from the world’s leading industrial nations.

Sudan has seen the Nile River reach its highest levels in 100 years and declared a state of emergency as heavy rainfall disrupts the lives of half a million people, destroying many homes. Back-to-back typhoons have taken many lives in Japan and Korea and caused huge economic losses. Record temperatures have helped to fuel vast wildfires in California.

These events underline why we must continue to closely monitor extreme weather events and ensure that we account for the economic losses they trigger in order to guide politicians and policymakers on where and how to make future investments in order to manage existing levels of risk and to avoid creating new risk.

UNDRR is working with the Belgium-based Centre for Research on the Epidemiology of Disasters on a new report on the human cost of disasters which will include a review of extreme weather events in the first twenty years of this century. It will be released on the International Day for Disaster Risk Reduction, October 13 #DRRday.

I would like to use this opportunity to promote the first in a series of four webinars which got underway on 15 September examining the case for risk informed investment as a critical element of macro-economic financial stability and the achievement of the SDGs. It will look at examples of where we can draw lessons from progress to date, identify the gaps and explore opportunities to address them. You can register through this link.

This series builds on a report on the integration of disaster risk reduction and climate action into sustainable financing published by UNDRR in 2019 in the European context, and accompanies the development of a new global study to identify concrete actions, evidence and tools to integrate multi-hazard and systemic risk approaches into the implementation of the 2030 Agenda for Sustainable Development in support of more risk-informed investment and finance.

Following the success of the ARISE (Private Sector Alliance for Disaster Resilient Societies) Annual General Meeting in July, it was very encouraging to see the creation in September of the first national chapter of ARISE in the Arab region. This is an initiative of the United Arab Emirates (UAE) and I hope it will mark the beginning of a trend across the region to promote greater involvement of the private sector in the implementation of the Sendai Framework.

Dr. Mahmoud Al-Burai, Vice-President of the International Real Estate Federation, was confirmed as Chair of UAE ARISE and he declared his intention to support the Dubai Resilient project and promised to energize the private sector to achieve the goals of the Sendai Framework. Co-chair is Mr. Ahmed Riad, Managing Director, Estmrarya Consulting, and the Vice Chari is Dr. Tariq Nizami, Founder and CEO of CEO Clubs Network.

Our Regional Office in Cairo has been working hard on this initiative which will be officially launched at the Fifth Arab Partnership Meeting for DRR scheduled for November.

I would like to extend my congratulations to all concerned and wish them every success in the implementation of their future work plan which is well aligned with the four global priorities adopted at the ARISE Annual General Meeting in July: Integrating DRR into financial sector decision making; building the resilience of SMEs; resilient infrastructure; and the role of insurance in disaster risk reduction and resilience.

This year is a pivotal year in many respects. It marks the start of the Decade of Action which the UN Secretary-General has called for in order to transform our world and make the Sustainable Development Goals a reality and to address challenges such as rising greenhouse gas emissions and the COVID-19 pandemic.

And very importantly for UNDRR’s mandate to support implementation of the Sendai Framework, 2020 is the deadline for achieving Target (e): “Substantially increase the number of countries with national and local disaster risk reduction strategies” which is also a key advocacy focus for this year’s International Day for Disaster Risk Reduction on October 13.

UNDRR Director Ricardo Mena provided a comprehensive overview of progress at the UNDRR Support Group meeting in September. Successes to date include the fact that 93 governments have developed national DRR strategies and there has been an increased effort to build synergies at national level in the implementation of the Sendai Framework, the Paris Agreement and the SDGs. There is also an encouraging trend to integrate biological hazards into DRR strategies following reviews initiated as a result of COVID-19.

Mr. Mena also identified gaps and challenges including that COVID-19 is overstretching the capacity of national DRR organizations. The collection of DRR and climate change data remain a challenge, including disaggregation of data. There is also limited access to data particularly in conflict-affected countries.

Weak risk governance was also highlighted as an area of concern. The Sendai Framework advocates an all-of-society approach to DRR and in many countries there is a limited effort to engage civil society and to create awareness of the increasingly systemic nature of disaster risk and the linkages between DRR and the SDGs. Better guidance is needed on how to build coherence and integration at national and local levels.

I cannot say it too often! It really is all about governance.

I hope that we will continue to see growth in the number of both national and local strategies for DRR and greater alignment with the targets and priorities for action laid out in the Sendai Framework.